Jamaican masculinity is heavily policed by expectations of conformity to dominant, powerful enactments of manhood. The traditional Jamaican male is presented as capable, self-aware, and most important strong. The notion of strength in a man communicates not only physical strength, but more so a certain level of functionality that shies away from emotional vulnerability, especially when it comes to interactions with other males. Masculinity in the Caribbean is heavily policed by notions of homophobia, as men oftentimes exercise much restraint in how they interact with their peers. Homophobia in this context moves beyond the conventional interpretation of the fear of homosexuals, rather it is extended to reflect a hegemonic enactment of masculinity realised through fear and shame. Theorist Michael Kimmel (1997) in his article Masculinity as homophobia: Fear, shame and silence in the construction of gender identity, suggests that homophobia is the fear that other men will unmask us, emasculate us, reveal to us and the world that we do not measure up, that we are not real men. We are afraid to let other men see that fear. Fear makes us ashamed because the recognition of fear in ourselves is proof to ourselves that we are not manly as we pretend we are. As such, many men shy away from emotional vulnerability and signs of “softness” with other men for fear of being viewed as less than a man, pressure.

Male bonding is viewed as a homosocial enactment, where there are recognisable boundaries of prescribed behaviours and actions. These interactions are oftentimes believed to be devoid of intimacy and connection. In this project I intend to trouble this notion of the absence of vulnerability in male bonding, by capturing intimate moments shared among peers. In these moments, fear and shame are eliminated as men open themselves to each other seeking comfort. Here, empathy comes into play, as an approved mode of caring and support. Pressure to conform police how men respond to their peers in times of need. Loss of a loved on for example, is one of few instances men are allowed to show weakness, in the form of crying.Physical closeness, sharing emotions , crying and expressions of love among men, are not accepted norms of male bonding. Displays of love and supportthrough physical acts of hugging or kissing, saying “I love you”, sharing how much you missed a “bredren”, those are not words or actions, men are “allowed” to do. Such in moments of intimacy, are not approved acts. This collection attempts to deconstruct those actions, and expand the conversation of approved behaviours for men in displaying love, support and intimacy. Another exploration of intimate bonding is the passing of a spliff in a group, which on the surface can be viewed as just a group of guys smoking. However, in the fleeting exchange of saliva, on a surface shared by multiple lips, there is no fear of femininity there. In this space, the residue of touch by another mans lips, lingering minuscule remnants of saliva, in that moment of intimacy, masculinity is not questioned. Gone out the door are concerns of who may have performed oral sex, or the protestations of not ever participating in physical closeness with another man, in that moment, there is no fear or shame of femininity or vulnerability. They are men, having a smoke.

In exploring the pressure men feel from society and themselves, I attempt to expand the conversation on the emotional well-being of men in a quickly changing world. A world where we are recognising more and more the damage hegemonic masculinity is enacting upon men and boys. Damage which is realised in traumatised and repressed men. Damage realised through high levels of institutional and interpersonal violence. Damage realised through violence upon oneself. In exploring vulnerability in male intimacy, it is my hope that it can add to the conversation of shaping better men and boys in Jamaica. 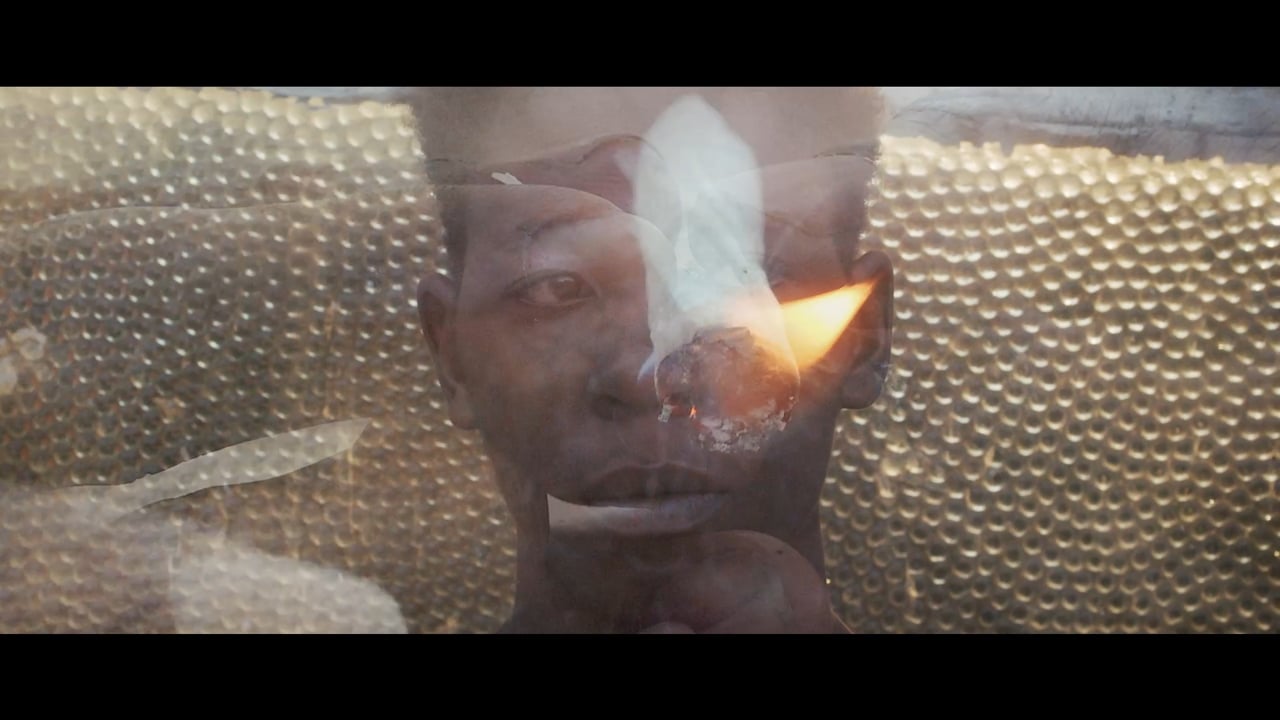